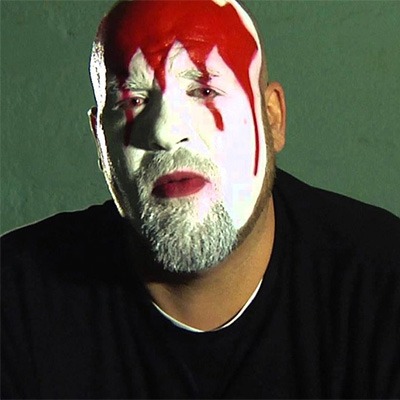 Chris Rouleau, also known as Blaze Ya Dead Homie or simply Blaze (born April 27, 1976) is an American rapper from Mt. Clemens, Michigan. His stage persona is that of a reincarnated gang member killed in the late 1980s, and his lyrics derive from the hip hop styles of gangsta rap and horrorcore.

Rouleau began rapping at the age of 17, while in Romeo High School, and performed at local clubs on the east side of Detroit. Rouleau performed as a member of 2 Krazy Devils (with Skrapz) under the stage name Psycho C. Rouleau’s first big performance was at the Ritz in Warren, where he and James Lowery opened for House of Krazees. House of Krazees member The R.O.C. later produced 2 Krazy Devils’ only album, Flipped Insanity, before the group disbanded in 1996.

He would then go on to eventually join Psychopathic Records as a hype man for Twiztid, before officially becoming a member of both Dark Lotus and Psychopathic Rydas.

Throughout the years, he has released countless solo projects, as well as collaborative albums with The R.O.C. as Zodiac Mprint, Anybody Killa as Drive-By, and Twiztid as Triple Threat (originally known as Infamous Superstars Inc. or ISI). He is currently signed to Twiztid’s label, Majik Ninja Entertainment.