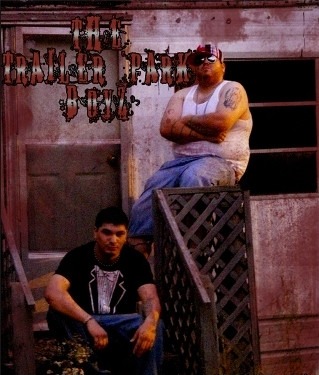 The Trailer Park Boyz were an underground rap group from Hopkinton, Iowa. The group consisted originally of three members Luke Dog AKA Izzy Dunfore, Kombine and Bonu$. After their first release of Lot B on Luke Dog’s label White Trash Records the group had a falling out with Luke Dog and eventually added GrewSum to take his spot and had Bonu$ step back into a production role for The 2008 release of their second album, Double Wide.

Double Wide was a shift from Lot B in the way of sound and was the introduction of GrewSum’s Label Prone Records. Unfortunately due to legal issues surrounding rights to the groups name the name was dropped and the group was rebranded as the Labohalics.