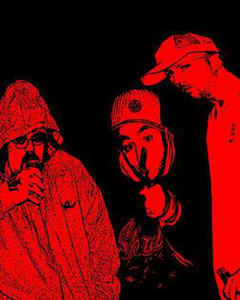 Sycksyde was formed in 2000 in Anderson, Indiana by Bob E Nite, Icepick Willie, Sinister X, Meathead, and Mr Kiltcha/JxKxMx. They released the album White Crosses with that line up.

They then added Ensizon to the group as Meathead and Sinister X left the group. This lineup was short lived as Ensizon passed away and Sycksyde broke up.

In 2008, Dash 10/Juz-10 was added to Sycksyde and the album Sometimes They Come Back was released.

Sycksyde went on hiatus again until 2020 when Bob e Nite, Icepick Willie, and JxKxMx added Empire of Dirt member Dokta Butcha to the line up. This new roster released their first EP together, Vengeance of the Dead, in October 2020.