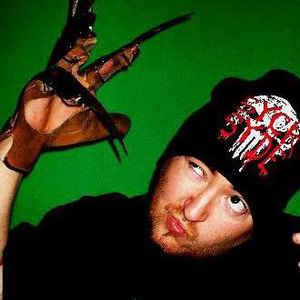 bOb e. NiTe. started writing & producing in 2000. Being highly inspired by a hometown lyricist Jeff Seybert (aka Sinister X), bob wrote and recorded his first track, “Can u Kill,” that later formed the legendary group SyckSyde.

He achieved massive success in the wicked underground and in various international markets within months of his arrival. He then released his first solo album Code:Dead in 2002 and has since released three more studio albums — Dead Again (2005), Dead & Dead3r (2009), and House on 34th St. (2010).

Bob E. Nite is also known and respected for his production. Admired for his very unique sound, you can point out his mesmerizing beats a mile away. Not only is he unique in that way, but Bob E. Nite is also one of very few “horrorcore artist” who has a spot-on distinctive voice.

He has worked with several underground and major artists being his work is heavily sought after.

Being talented in many fields — writing, rapping, and making beats — Bob has been in the game for decades and is looking like he’s not going anywhere, anytime soon.