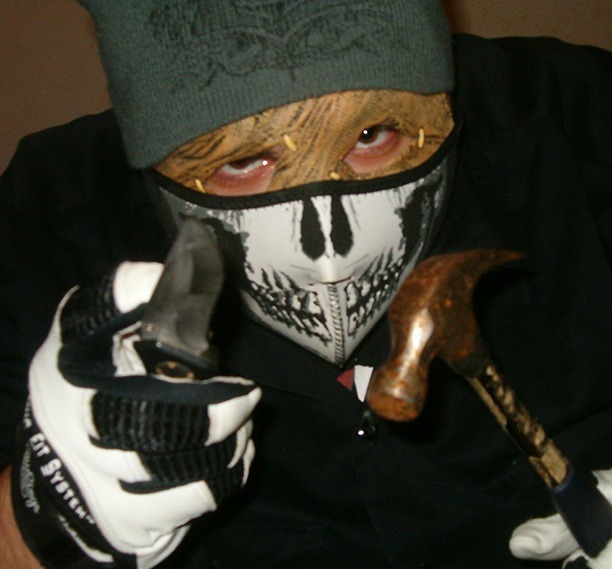 Starting in 2006 under the name “Cryptik X Tha Morbid One”, Tha Morbid One had several failed attempts at a record before releasing his debut EP EVPs. After two more EP releases, Tha Morbid One would be signed to Butchered Beat Productions.

It is with BBP that he would record his first LP, Self-Titled and Self-Inflicted. Unfortunately, due to conflict during the reformation of the Grindhouse Monstaz group, Tha Morbid One was let go from BBP and would release Self-Titled, Self-Inflicted on his own.

He would soon follow up his 2012 LP with the 2013 EP The Grindhouse Monster before signing on with Sev’rd Nervez Music. On Christmas Eve 2014, Tha Morbid One would release Something Sinister, his first debut on a label.

He would sign with 5th Power Entertainment after that, re-releasing Something Sinister in a limited edition “Extended Director’s Cut” before leaving the label to find himself.

Now, being on his own once again and with three group projects and a solo record in the pipeline, Tha Morbid One proves the sayings that “What Doesn’t Kill You Makes You Stronger” and that evil truly never dies.