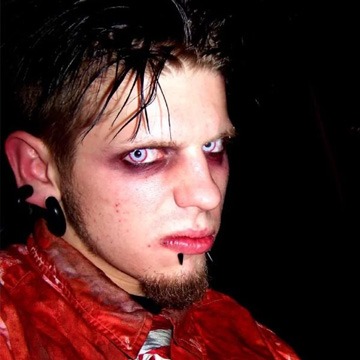 Stitchez (Jeff Moser: June 12, 1987 – August 28, 2011) was a horrorcore rapper from Detroit, Michigan. He released one solo album, but was most known for being a part of groups including Mental Ward, Stage Fright, Project: Sin, and Trio of Horror. He also worked closely with many other horrorcore acts, such as Razakel and SickTanick.

His album “Sick and Shameless” was released in 2012 after his passing under KYP (Kill Yourself Productionz).