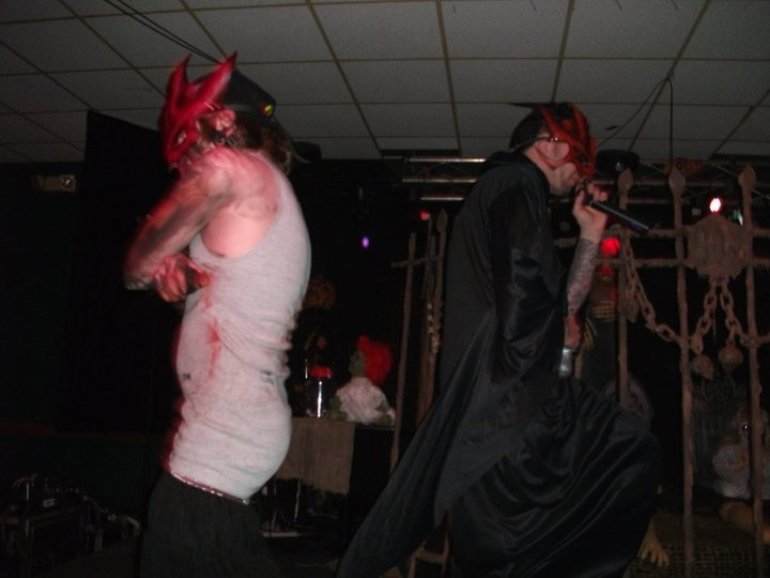 Stage Fright is a name of a group project of horrorcore rappers Ikkurruz and Stitchez (of Mental Ward). Their first song ‘Real Monsters’ was released on 6th volume of mixtape series Verbal Abuse in 2010. They released their debut album called “Deadly Deliverance” on May 6th 2011.