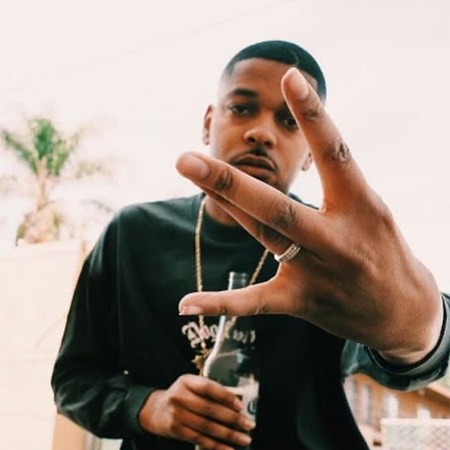 Trizz, born Arthur “Tre” Lea III, is a self-released rapper based out Los Angeles/Inland Empire, California. The young rapper became an avid music aficionado at an early age, first picking up a microphone at the tender age of nine. Growing up in the suburbs of the Inland Empire, Hip-Hop became a way for Trizz and his neighborhood friends to escape boredom and the simplicities of living life on the outskirts. As his writing skills developed, Trizz perfected his lyrical skill and began producing his own beats and mixtapes under the moniker “Young Trizz”. His debut full-length EP, titled Young Trizz, demonstrates the journey of an independent artist looking to lead ahead of the pack.

The year 2012 marked a new start for Trizz, when Sacramento Horrorcore legend Brotha Lynch Hung took notice to him via Twitter. Lynch went on to take Trizz under his wing, taking him out on 2 tours, the “Independent Powerhouse Tour” with Tech N9ne and the rest of Strange Music in 2013 and again in 2014 for the “Sicc of Da Industry Tour” even giving Trizz two writing credits on his album Mannibalector with the song “MDK” and “Bacon & Eggs (Skit)”. Trizz has 9 self-released solo projects with the latest being “The Basement” released on March 15th 2019. Trizz has worked with artists such as Brotha Lynch Hung, G Perico, Rob $tone, Rittz, Twisted Insane, Futuristic, Bizarre of D12, King ISO, Mark Battles, Ces Cru, King Gordy and more.