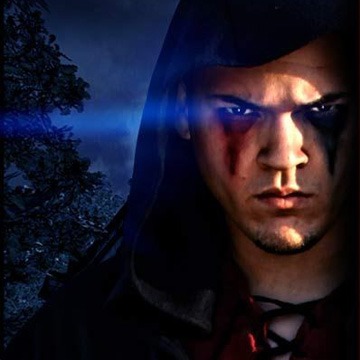 The Jokerr is an enigma. He is the object of our release. Shaped by the passage of time and years of humiliation and the selfless entertainment of others, he has returned.

The dungeon was cold and dark, with a stale dampness that hung in the air like sewer vapor from the morning street drains. The mind of an individual subjected to such isolation and rejection no longer operates within the confines of normality. It does something much more. When isolated and ignored, the mind grows and creates its own world in which to live and creates entities and characters with whom it may share its experience. The mind of The Jokerr was for so long subjected to that isolation, and you are now a part of that world.

Once naive and innocent, The Jokerr has grown dark and sinister by that which he has endured, and now that he has been released he has embarked on an epic journey to regain his honor and sequester answers from those who wronged him.