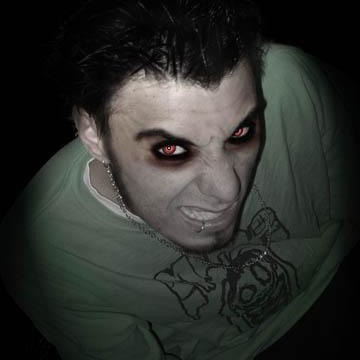 When he’s doing business, 781 Productions CEO Danny Sanchez uses his real name, but when he grabs the mic to spit venom and sing with his rocker style and grimy voice, Danny is better known as Rellik 781. From his stage performances to theatrics and ghoulish appearance, this Albuquerque, NM native is definitely a great entertainer.

Sanchez formed 781 Productions in late 2007. He had been performing, writing, singing in church choir, and playing various instruments since he was very young. He had no idea how to go about starting his career as an entertainer, so he started his own company to promote, produce, and get his name out to the masses. Releases by business partner “KKE,” Bukkshot Brown, and Gridlokk, better known as The Killa Krew, and many other artist helped build 781 Productions in to what it is today.

Sanchez laced his flows on these albums, but really didn’t get recognition in the game until his second 2009 release, “Stay Away From the Lite.” This CD allowed the rapper to gain popularity in the underground, getting him massive amounts of shows and a lot of business partners.