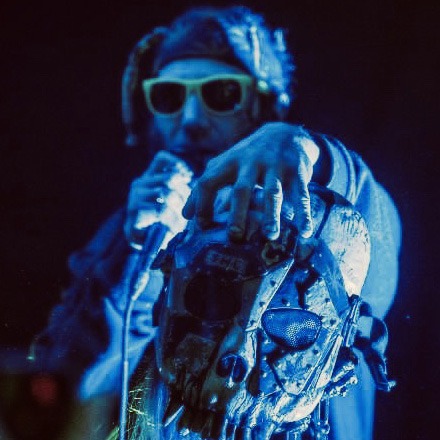 For over a decade T.H.C has been making his mark blazing up the underground music scene nationwide specifically in the Pacific Northwest with his polished stage performance.

T.H.C is the creator of “Wicked Stoner Muzik,” which is also described as ‘Hemp-Hop’ music; a blend of Metal, Chopper Rap (fast rap), rock, and Hip-Hop. He lyrically gets you high using his profound energy and spiritual guidance through lyrics and live demonstration. He is fueled by the energy of his fans along with true dedicated supporters, the HEMP HOMIEZ and HEMP HOTTIEZ of the WICKED STONER NATION.

Known for his high energy performances, T.H.C is transformed into a musical instrument while delivering what he calls “mental medicine.” As he screams to metal/hip-hop aka HEMP-HOP, as well as singing and delicately spinning his style with fast pace choppa rap.

T.H.C Started writing music in 2007 as one half of the east coast wicked stoner duo “10 STRANDS” with Big Booth and later member, the masked man Danny Demon. Together, 10 STRANDS has performed hundreds of showscases, events, and open mic nights, as well as headlining shows and festivals. Independently T.H.C. has released four albums with 10 STRANDS. He has been involved with many group projects, such as a six man super-group called Elm Street Project, the high-namic duo Thundachop with Justinsayne N8V. He has also been featured on the Underground Hustlin’ mixtape compilation series seven times (vol. 40, 41, 42, 43, 44, 46, and 53).

T.H.C will soon be releasing his new project, “The Hemperor,” which will include the long-awaited single with artists from all around the world sung in multiple languages entitled WORLD PEACE:A WORLDWIDE COLLABORATION! The song will feature 19 artists from 18 countrie speaking 17 languages on production from one producer.

The Head Choppa is the creator and host of The Underground Famm Jamm radio show, which airs every Thursday night from 6pm to 10pm (PST). The show is broadcast live in over 120 countries on KOUVradio.com.