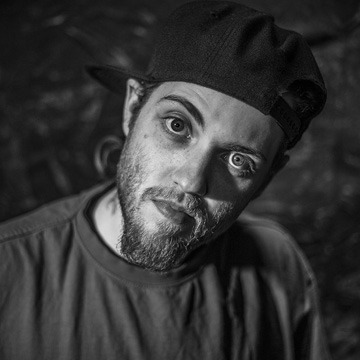 Charles baker (born on march 1st, 1994), better known by his stage name Bake Lo, has been quoted to be one of the hardest working artists around. Not only because of the immense energy that he brings to the stage and microphone, but also because of what he does behind the scenes. He has a willingness to work that leave some intimidated. This artist comes hardcore with an intricate but clear way of rhyming with his very own, unique style of music. Growing up in the small but mighty city of Ecorse, MI wasn’t always easy. Other than being located on the outskirts of Detroit, the city was riddled with problems.

Growing up in a low income household taught Bake the struggles of adulthood early on in his life. Between having to start working at a young age to help his family’s income and living in a household that was on the verge of falling apart; he learned. He learned that life was going to be a roller coaster that he might not be able to hold on to. Regardless, he did not let it stop him. He was soon introduced to the idea of making music by his childhood friend Bradly Gibson (RIP), who originally got Bake Lo into recording his first few songs. At first, the songs were nonsense because Bake couldn’t quite find his sound. It wasn’t until he was arrested at age 15 and sent to a juvenile facility to really reflect on his life when he finally channeled his inner emotion into his writing,

At that point, he began to feel a release when writing about his life and the struggles around him. It was soon that he began to master his unique sound of Wicked Truth. He was eventually introduced to an artist by the name of Ikkurruz that really helped Bake Lo get the initial push that he needed. He officially booked Bake Lo for his first show in 2011 and Bake made sure that he sold every single ticket that he was given, plus more, which lead to bigger opportunities. One opportunity in which he met his soon to be (Native World Inc) label partner, Anybody Killa. Leaving behind his job at a liquor store, Bake Lo did his first national tour at the age of 17 with ABK and Blaze Ya Dead Homie as Drive By. He later went on to do countless tours and shows throughout the span of a couple years with many other artists.