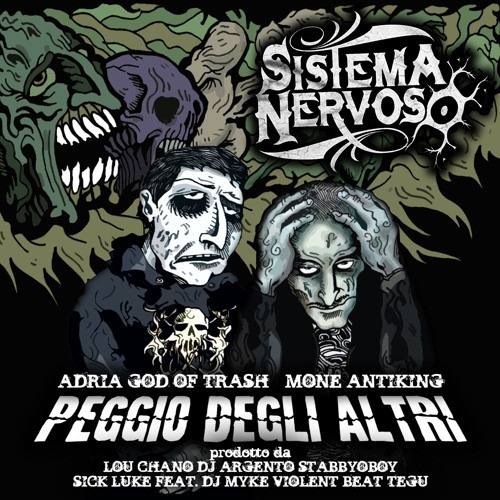 Sistema Nervoso is an Italian rap group consisting of emcees Adria God of Trash and Mone Antiking. The duo worked on a series of mixtapes before releasing their one and only album in 2012, “Peggio Degli Altri” (“Worse Than the Others”).

Shortly after the release of this debut, the duo disbanded, leaving Adria to start his solo career. He has released a number of albums since then, including “Devil’s Reject” and “VENOM.”