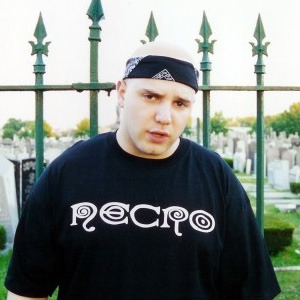 Necro started making music as a teen, with his older brother Ill Bill’s Heavy Metal band, ‘Injustice’. The group opened up for some big acts, but ultimately didn’t last. In the early 1990’s, Necro and his brother both began their rap careers and formed their own labels. Over the years, Necro has worked with big name acts like Kool G. Rap, Jamey Jasta, of Hatebreed, and Sid of Slipknot. Because of his background in Metal, and his closeness to many artists, Necro has been able to expand his fan base, and even played on The Warped Tour.