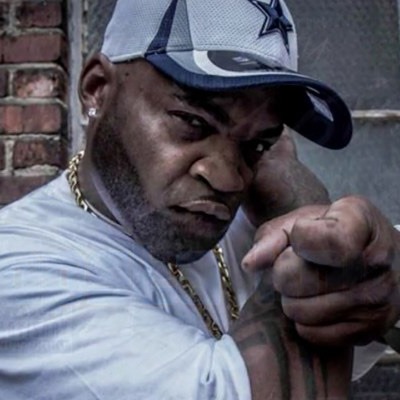 Robert Cooper Phillips (April 27, 1975 – October 9, 2015), better known by his stage name Koopsta Knicca, was an American rapper. He was best known as one of the members of the Memphis rap group Three 6 Mafia, as well as a member of the rap collective Da Mafia 6ix alongside DJ Paul, Crunchy Black and Gangsta Boo.

Phillips released a solo album produced by DJ Paul, Da Devil’s Playground in 1994. The album was later mostly re-recorded as well as remastered in 1999 featuring some new songs and losing a couple as well. Unable to make shows & videos due to legal issues, he left Three 6 Mafia in 2000. He continued his solo work with albums Da K Project, De Inevitable, and The Mind of Robert Cooper. Beginning in 2012, Phillips started work on his latest studio album entitled “Da Devil’s Playground 2” and also a mixtape entitled “Skrewged”. He had also released A Murda ‘N Room 8 EP (2010) & Decepticons “Return Of The Gods” (2012). Phillips frequently collaborated with former Three 6 Mafia associate Lord Infamous and appeared on a collaborative album under the group name Da Mafia 6ix.