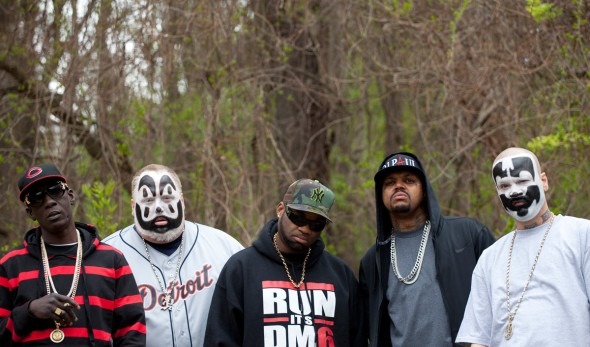 Featuring members of the Insane Clown Posse and Three 6 Mafia, the Killjoy Club are a supergroup who were introduced in 2014 at the Gathering, ICP’s annual music festival. ICP had collaborated with Three 6 Mafia before, including the cut “Just Another Crazy Click” from 2001 which also featured Psychopathic recording artists Twiztid. The crews remained friends as Three 6 Mafia morphed into Da Mafia Six, then in 2014, as Da Mafia Six played ICP’s the Gathering, the Killjoy Club was announced. The project’s debut album, Reindeer Games, arrived on Psychopathic that same year.