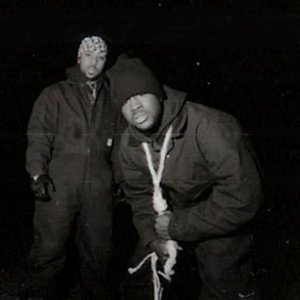 The Headless Horsemen were a duo of NYC emcees. They had ties to both The Flatlinerz and the Gravediggaz and were featured on the soundtrack for the 1993 film, “The Fear,” which featured other horrorcore artists.

They were signed to Def Jam in 1993, the same time Jamel ‘Redrum’ Simmons and his group were, even being featured on the track “Satanic Verses,” but never officially released an album of their own with the label.

The only project ever released by the Headless Horsemen was a self-titled EP in 2008, sold exclusively through the social media site, MySpace.