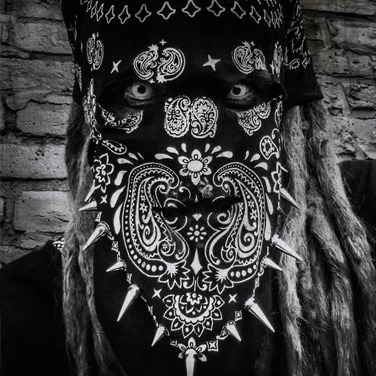 Dirty Crowley is an American hip hop artist originally from Utah, now residing in Littleton Colorado. Dirty derives from the lifelong nickname Dirty (his real name being Dustin). He added Crowley onto the end to set himself apart from the many other rappers named Dirty. It was adopted from Aleister Crowley (considered one of the most evil people ever) and with his style of Hardcore Hip Hop known as Horrorcore he transformed the name “Dirty Crowley.”

Dirty Crowley was into Gangsta Rap growing up and listened to Dr. Dre, Snoop Dogg, 2Pac, and Coolio. At the age of 13, his friend showed him ICP and he fell in love with all the crazy lyrics that he heard on their albums. The style being so different than anything else at that time, he started exploring other artists who were starting to do similar things with their music and it grew from there.

His first live performance was back in 2006. He and his friends set up a PA several times at a park pavilion and spit offensive lyrics until someone was offended enough to call the police and shut it down. He had his first real show opening for King Gordy and then took a break from performing to start putting his albums together.

In August of 2015, he released his first EP, Poisonous Noise, with features from GrewSum, Insane Poetry, Trips, Labratz, Dr. EDrum, and Slyzwicked. From July 2014 to July 2015 he spent a year as co-president of World Wide Wicked Shit Incorporated and then in October 2015 he signed to the label, Ash of The Phoenix Productions. In November 2015, he signed with his manager Mary Warren of Xtreme Management LLC.

In 2015, Dirty Crowley performed at Gorefest and opened for major artists such Twiztid, Blaze Ya Dead Homie, Boondox, Prozak, SCUM, Wolfpac, and Trilogy.