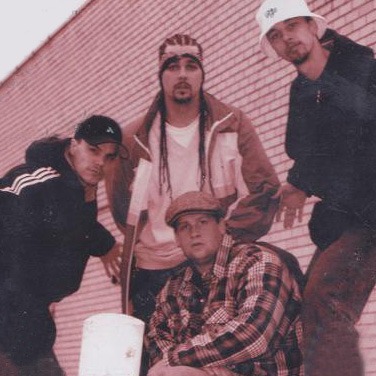 From the slums of the Midwest, four lyrical snipers merged together by fate to form an elite task force assassinating those foolish enough to oppose the blazing flames of HELLS KITCHEN.

A sound originating from Hip Hop to Rock and far beyond Metal, those four artists come with unique styles combined into one to form a new era of contraband in the Rap music industry.

After independently releasing two LP’s under the private owned RYT Records, Hells Kitchen returned to the studio to begin their biggest project to date “Chapter 3 Triple Threat,” which was due out early 2001, but never came to fruition.