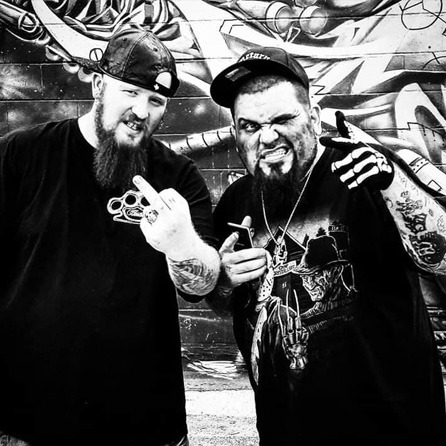 Evul, Zodiak, and Gritty have been making music respectively for years, and it was in 2013 when they came together to form, Children Of The Zodiac. COZ’s music consisted of pure, dark horrorcore/horror-related subjects, but in 2016, they formed Creature Clique, which tends to include a myriad of other styles to their arsenal as well.

Creature Clique released an album on Wikid Tendency Records in 2017 entitled, ‘Murder Melodies Mixape’. Their next album will be released on their original Cemetary Recordz on March 20, 2020 and will be entitled ‘Razor Blade Saviors.’ They are already jumping into production of their next album, ‘Call Of The Void,’ which will be a callback to their darker COZ days. It is slated to be released in late 2020. Evul has a solo album almost complete entitled ‘Planet Of The Undead’ and Cody Zodiak has a solo album entitled ‘Bloodstains & Blunt Smoke,’ which he is working on.