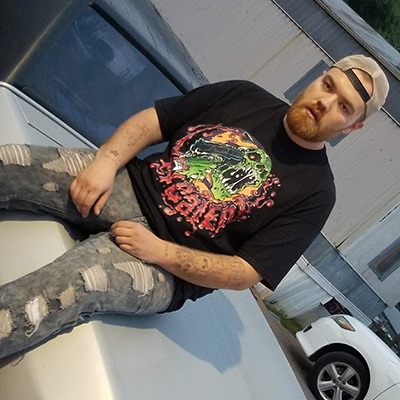 Xander Gage signed to 44 Cal Entertainment with Magadino the Chemist and Insane the Most Wicked. Specializes in HorrorTrap, Horrorcore, Trap Metal and Emo.

Xander Gage has always been into dark music and has been a juggalo since he was little. Early in his music career he experimented with Country Rap with his cousin and Notable Country Rap artist Franklin Embry. Done shows with Big Smo, Moonshine Bandits, and many more legends in the genre. As things began drifting apart Xander sought out his solo career and went back to doing what he loves, THAT WICKED SHIT.

He has a steady rising fan base and will be back out on the road in a town near you soon. He has generated a buzz so fast and has been working with other notable horrorcore artist such as Magadino The Chemist, Insane The Most Wicked, Fame The HOF, Rap Kaiser, Bounce Ball Boogie and many many more.