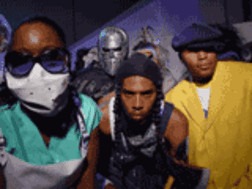 The group was formed by Kool Keith in 2003 with members Al Bury-U (a.k.a. BIGNONAME), M-Balmer and The Funeral Director as well as Kool Keith himself, who adopted the persona of Reverand Tom. The group released their debut album, Kool Keith Presents Thee Undatakerz on May 11, 2004. The album was not a huge commercial success but did feature the semi-successful single, “Party in tha Morgue”, which would later appear on the soundtrack for Blade: Trinity. Kool Keith Presents Thee Undatakerz has thus far been the only album released by the group. It is unknown whether the group will return.