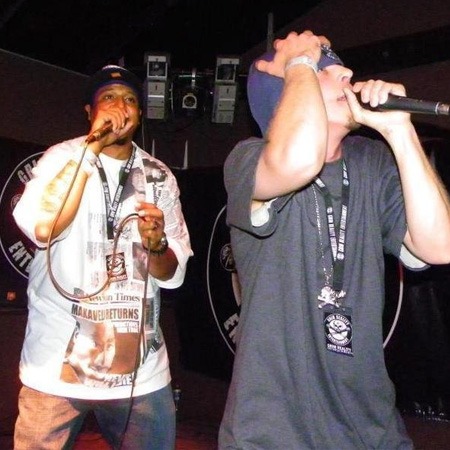 LabRatz began in 2005 with Spek One, Twocees, and TnT. Their first mixtape was called “The Underground Invades Mixtape” (just prior to naming themselves “LabRatz”). After this release, they began working on their first full length album entitled “Self Entitled,” which they dropped on Spek One’s label “Murderis Muzik” on New Year’s day of 2007.

Spek One and Twocees also released a side horrorcore project entitled “Bloody Fucken Wrists” (or “BFW” for short). Later that year, Spek and TnT recorded and released an LP entitled “Justifiable Means” (better known as “The Brown Bag Special”). Soon after, all three emcees started working on solo projects.

Spek One released the “Death Of A Salesman EP,” then Twocees released his first LP entitled “@ Tha Pad Vol.1.” After that, Spek One went on to record two more albums entitled “Poison” and “SpeKulation Has It…” After their solo projects, they started to work on their second full length album entitled “Opposite Day In Bizzaro World,” which, despite a few minor leaks on the internet, was never released due to the departure of TnT.

Spek One and Twocees decided to continue on as “The LabRatz,” signing to Grim Reality Entertainment (GRE) where they dropped their first EP, “The LabRatz” in Feb of 2012. The duo are also featured on GRE’s compilation CD, “New Breed.”