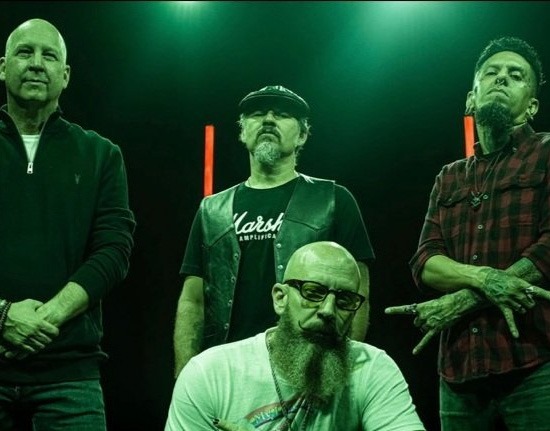 An ever-evolving musical experiment, Texas Microphone Massacre is the brainchild of long-time comrades Chris Veden and Heath Tull. Initially conceived as an off-beat satire of hip hop and heavy metal, the duo added accomplished songwriter and multi-instrumentalist Gilbert Sanchez to the fold and began the pursuit of a long-discussed dream project: a genre bastardizing hybrid of electronica influenced by hip-hop sensibilities and prog-rock methodologies. In the summer of 2010, the group began production on its first album Fantasy Rolodex. An old accomplice in previous Veden/Tull collaborations, Tim Gerron (Doyle Bramhall, Skatenigs, Skrew) was enlisted to fill the production role. Realizing the true untapped potential of the project, Tim was conscripted as a full-time member of Texas Microphone Massacre, serving as producer and live performance consiglieri.

In February of 2011, Fantasy Rolodex was released as a free download from the band’s website, www.texasmicrophonemassacre.com. With only a guerilla marketing and promotional effort, the project achieved a number of successes, including rave reviews in the Austin Post, Austin Independent Music, The Yay or Nay, and total:spec; a featured remix contest on Sony’s AcidPlanet; inclusion in Substream’s Substream Likes Vol. 2 and Substream Likes Vol. 3 indie artist compilations; airplay on BBC’s RadioOne; regular rotation on Austin, TX-area radio stations KROX 101.5 and KOOP 91.7; and airplay on various internet radio stations and podcasts across the globe.

TMM were once a part of SickTanicK’s Serial Killin Records and can be heard on tracks like “Faust” and “Sinematic.”