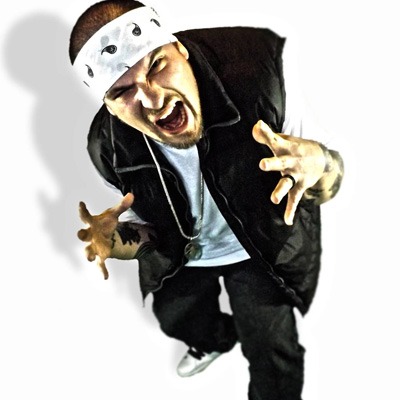 Born and raised in Flint, MI, Str8jaket started his music career in 1999 with friends and local artists, Mr.5 O’Clock and Worm. He later joined the group D.O.L with other members; Worm and Craze and released a few albums between 2000-2003.

In 2004, Str8jaket released his first solo album “Killaz Reality.” The album was sold locally, available at Wyatt Earp Records, a local record store in Flint. In late 2004, Str8jaket re-united with longtime friend 2Dirte and the two released a Halloween E.P. in October of 2005. The “All Hallows Eve Presents: The Field” album was a local hit bringing forth the group Click Clack, which was formed a couple months later with members Str8jaket, 2Dirte, and YND.

In early 2006, the group recorded the record “Guttaside,” which was an instant local classic. Click Clack had a good run, selling over a thousand copies and followed by many shows and local radio promotion, but the group split up in late 2007. In 2008, Str8jaket released his second solo album “Nuclear Sunshine.” The album was released early at the Gathering of the Juggalos 2008 after Str8jakets second stage performance. The album sold fairly well and brought forth the hits “The Crows”, “Do It Like A Killa,” and “Nuclear Sunshine.”

After the release of Nuclear Sunshine, Str8jaket left 101 Productions and signed with Dead N Dirty Productions. In 2009, Str8 and Dead N Dirty put together a compilation of a bunch of underground artists called “Killer Connection.” The compilation was given out for free download and is still available at deadndirty.com. In 2010, Str8jaket released “Along the Road Vol. 1,” a compilation of old and unreleased tracks followed by his third solo album “SNAPT.” Snapt featured some old and new artists Str8jaket had worked with including Worm, DDC, Smokehouse Junkiez, and more. The 17 track LP is still selling hard and is sure to be a Str8jaket classic.