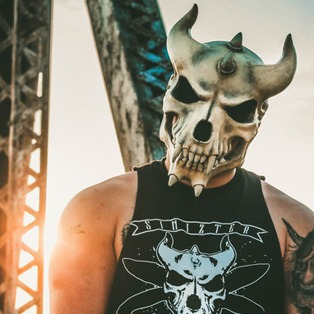 Scott Gonzales, professionally known as “Sinizter,” was born in Antioch, California. Having been previously known for his role as a metal vocalist in the music scene in the California East Bay in the early 2000’s, he has since become a solo artist and continues to use his aggressive vocal style to drive his now Trap/Metal inspired music under Sinizter. He currently resides in Atlanta, Georgia where Sinizter was founded. His lyrical topics often stem from his personal life, war, horror, misanthropy, and personal philosophy.