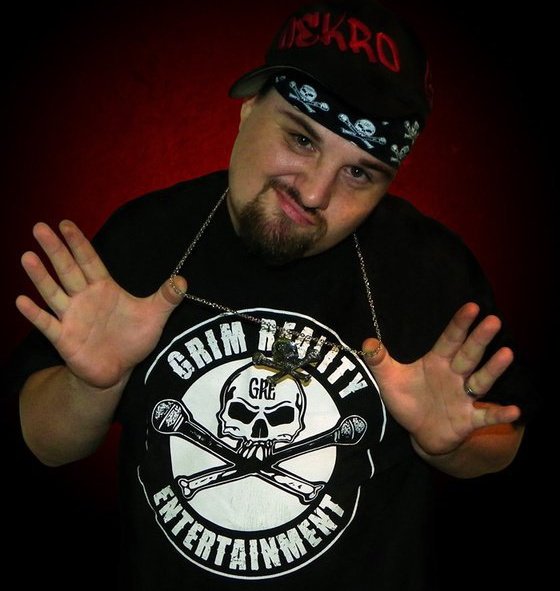 Nekro G has been making Hip Hop and Horrorcore since 1998.

In July 2003, Nekro G formed his own music label, Wikid Funk Records and began recording the first of 40+ mixtapes.

In early 2011, Nekro G signed to Grim Reality Entertainment; Since then G has released 5 Albums on GRE. Featuring Collaborations with Insane Poetry, Playboy the Beast, Dieabolik The Monster, Smallz One and More.

In 2013, Nekro G was featured in an article in Horrorcore Magazine.

In 2018 that Nekro G began Branching off and working as a studio artist and Ghostwriter, Since then he has been featured on numerous other CD’s & singles by various other artist.

In January 2019, Miniminter, Of the Youtube group Sidemen, Posted a video of Nekro G dissing the Sidemen in a Rap, the video has to date garnered over 4 Million Views. The song was also posted separately on Miniminters 2nd Channel “MM7Gaming” is now sitting at over 1 Million views.