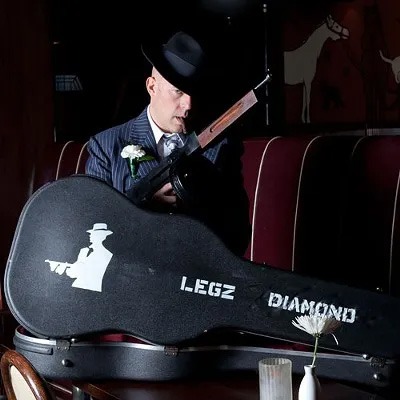 Richard Murrell is an American guitarist and singer from Detroit, Michigan, United States, better known as Legz Diamond. A former member of the rock band Coup Detroit, Murrell is best known as an affiliate of the hip hop duo Insane Clown Posse, for which he has provided production work, guitar and backing vocals and has also served as a Ring Announcer on their JCW wrestling tours. In 2013, Murrell signed as a solo artist with Psychopathic Records.