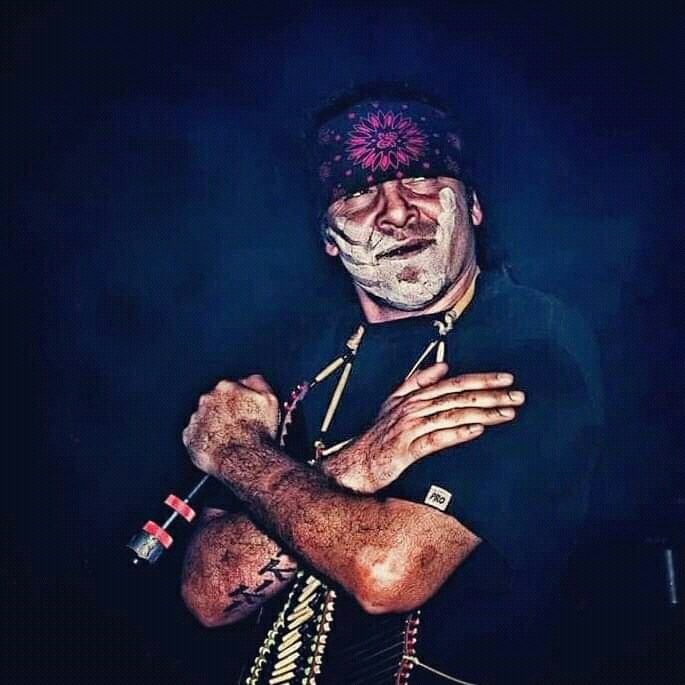 Justinsayne N8V exploded onto the independent underground scene in late 2012 with the release of his debut album “RED LIST.” He soon proved to be a serious force to be reckoned with, with his own original rock/rap/native style he calls “RAP & ROLL” or “Pop & Mosh.”

His songwriting is smart, complex, and offers a strong positive message while at the same time reminding us of the real world we live in and how we can help change it for the better. He belts out songs of love and respect, real life struggles, and evolving as a race, as we stand up against oppression and hate in all forms. His songs are personal, deep, and straight from the heart, “angry feel good music.”

Justinsayne N8V raps in many styles and also sings. He can bust out harmonies, as well as attack metal screams and swoon with a deep soulful smooth growl. He also gained a fast reputation for being a beast on stage and and tearing up live shows.

His follow up album, “WAGON BURNER,” proved his talent was not limited to just one good album. It was a beautiful continuation of the brutal in-your-face headbangers mixed with melodic, dark overtones. His songwriting skills, again, are exceptional and thought provoking, backed by amazing music production, plenty of catchy heavy guitar riffs, 808 bass, and turntable scratch action, headbangers and and dance grooves.

This Native American underground artist resides in the Northwest, was born and raised in Denver and all over the west. An ojibwe 7th fire warrior of the bear clan, from white earth reservation in Minnesota, he stays true to his roots and traditional ways, always sending positive and informative messages through his music.

Justinsayne N8V has six national tours under his belt, touring with some of the biggest names in independent music, as well as performing at huge national festivals and building his home base of justinsayniacs in his home state of Oregon.

He has been featured in over 40 collaboration songs with other artists and a familiar face in the underground hustler series of mixtapes. He has been nominated for numerous awards and Wagon Burner was named one of the 10 best albums of 2014 in Oregon.

Since the release of his second album, he has toured and rocked stages across the nation non stop, building steam and gaining fans, releasing videos and new singles regularly to keep his justinsayniacs appeased.

He has just finished his third album entitled “BORDERLINE PERSONALITY,” which promises to be another amazing journey through the heart, mind, and voice of the man that brings that native thunda.

If you are wanting something fresh and completely original to bang your head to, look no further. This is rap for the person that hates rap! From ages 1 to 100, there’s something in there for you to groove too. Look him up online and on most all social media links, or catch him on stage in a city near you. You will not regret it.