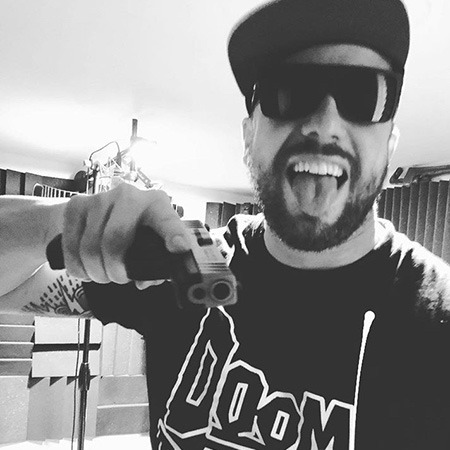 hospital H is rooted deep in the early days of Saginaw wicked shit. Dirty Z and Rellik were inspired by their local heroes Bedlam, V Sinizter, and KGP.

After meeting Wicked Underground legend Defekt at the local mall, the duo then stole their mom’s car and made a pilgrimage to Jamestown Hall, Saginaw MI, the infamous “Jamestown Massacre” show. In attendance was wicked shit legends Bedlam, KGP, V Sinizter, Defekt, Stir Crazy, and many others.

After being inspired by this show, the group quickly teamed up with Defekt to record a debut EP entitled “Infamy.” The album was so lyrically controversial that both members were expelled from high school and were signed by Detroit based Widowmaker Productions. They spent the year performing at local shows, opening for Bedlam and Fallen Entertainment acts, until they both developed serious drug and alcohol addictions and joined the military to escape.

In 2010, dirty Z resurrected hospital H with the critically acclaimed album “Something to Cry About,” only to once again vanish from the scene.

In 2018, he birthed a project called Doom & Gloom, launching a mixtape with KYP member Shayne Pop’n Wolf, and is now working on a solo project set to drop in 2020 featuring some of the biggest names in the genre.