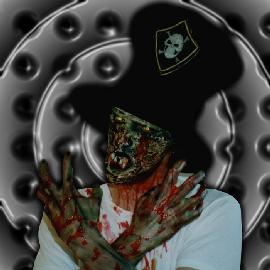 GraveStoneR, also known as ReaKtion and Professor Kreep is a former horrorcore rapper from Lyndonville, Vermont.

He was active in the early 2000s, releasing several albums on MP3.com. He was also featured in the groups Room 47 (with rapper Chamber) and Da Pumpkin Crew, and did songs with multiple members of the Indiana groups Sycksyde and Phantazm.