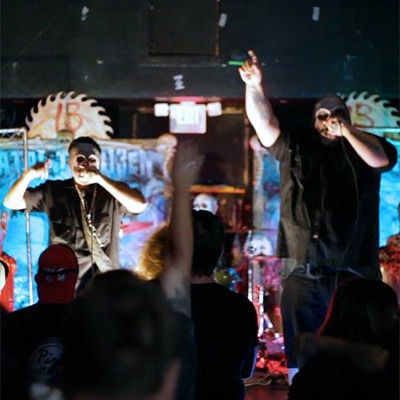 The members of D.O.A. would come together and release a 4 song demo of unspeakable horrors under their new moniker FATAL THIR13EN. What was on that disc was new, different, genre crossing, SICK and UNMERCIFUL! It spread like a plague throughout the states and had those who had been infected begging for more.

In 2009, F13 released Straight From The Butcher Shop, a chopped and screwed/remix album that included two brand new tracks.

In 2011, they released their second album, Devilution, that was much heavier, more brutal, and more horrific than any previous release. Two years later, they released Audio Bloodshow, even further evolving their sound and style along the way.