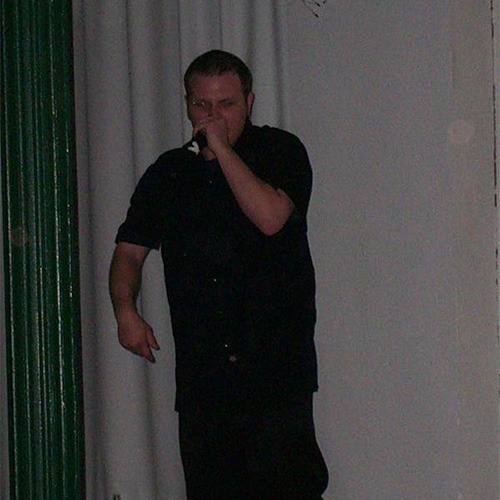 Dysfunctional was born on July 5th 1987 in Bedford Indiana, and grew up in Anderson. Throughout his childhood he got into a lot of fights, was constantly bullied and battled depression. His father wasn’t around much. At a young age his Life was Pretty much dark.

By the age of 10, he started experimenting with metal, rock, and alternative music. He took bass guitar lessons, only to later teach himself how to play guitar and keyboards. At the age of 11, he started writing songs and got into making beats. At 14, he started making singles and posted them on the internet to get some feedback. To his surprise, the feedback he got was highly positive, so he decided to take it a bit further. He wrote and produced six albums that never made it into the studio unfortunately because of no money or people to turn to in order to help him push his music out there!

At 15, he got together with a friend, known by many as Ensizion, and formed a group called ‘Solitary Soldiers’. They went to the 3SE studios to record two tracks that were never released. Due to Label situations and misunderstandings From there Ensizion worked on a solo later to be released by 3SE titled ‘The Verdikt’.

After a few minor setbacks Dysfunctional met Mr. Massochist to work on an EP titled “The Beginning of Impact”. Not impressed with the outcome of the quality, they scratched it. Soon after, the first CD from the Smug Thugz was released, ‘Darkest Dayz’. Producer and performer Bob e. Nite of the well known horrorcore group SyckSyde helped them produce and record, along with Cryptik Mindz member King David, aka Dayo.

Since then, Dysfunctional and Mr. Massochist have went on to release the Fuck Yeah We Did It Mixtape Vol. 1 on Bob e. Nite’s new found label MME. This was the only CD released on this label from Smug Thugz due to some minor set backs. They then independently released the Songs for the Dead EP.

Now they have teamed up with several talented artists in Anderson to form Deathly Ill Entertainment where Dysfunctional and Mr. Massochist are currently working on solo projects to showcase their individual talents.