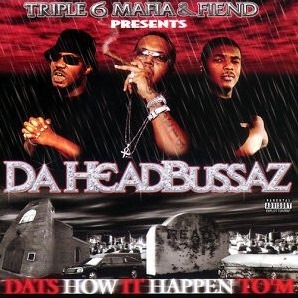 Da Headbussaz is a trio consisting of DJ Paul, Juicy J, and Fiend. In 2002, the trio released Dat’s How It Happen to’M, which featured various other Hypnotize Minds artists including Crunchy Black, Project Pat, Frayser Boy, and more.

Their only album released, Dat’s How It Happen to’M peaked at #1 on the US Billboard Independent Albums chart.