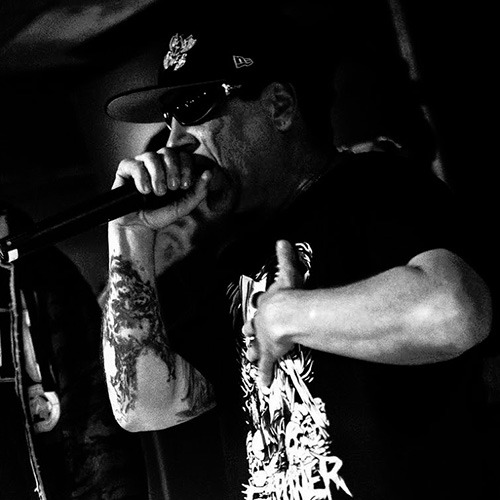 Bracko has been focused on rap since 1986. The Beastie Boys, Run DMC, The Fat Boys, LL Cool J, and a few others took Bracko’s brain by storm. As the years flew by and 1989 rolled around, gangsta rap emerged. NWA and the Geto Boys were taking the world by the balls. Bracko felt that hardcore rap right off the bat. It was so different to him and he could relate to the scene. Life in Oklahoma City in the early 1990’s was intertwined with skaters, gangs, and drug addicts. He was a skater at the time, but slowly the world of music would take over. Living the rough lifestyle was appealing to him and sure enough he got what he asked for. Breaking hearts as well as backs, Bracko knew how to fit in with the cassettes he was buying.

Years passed and he noticed his ex friends as well as his ex girlfriends were listening to the same music as him. That didn’t sit well and so he vowed to start his own music.

5th Power has worked with artists all over the world including Germany, Poland, Denmark, Canada and of course their home country of the USA. Respected among the underground as well as the mainstream. We have started momentum that can’t be held back. Doing shows with the likes of: Tech n9ne, Brotha Lynch Hung, Scarface, Too Short, ICP, Twiztid, KottonMouth Kings, LSP, and much much more… Years have passed and Bracko’s label, 5th Power Entertainment, has put out over 35 albums, 25 music videos, and done over 100 live shows across the United States of America.