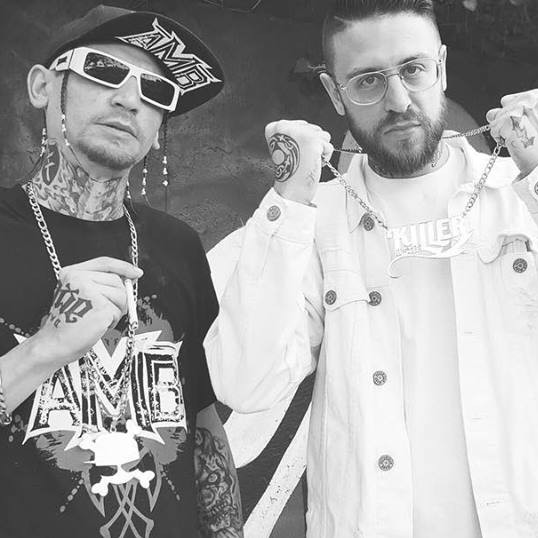 Axe Murder Boyz are an American horrorcore hip hop duo from Denver, Colorado. The group consists of brothers Mike and James Garcia, who perform under the names Bonez Dubb and Young Wicked, respectively. Their rap personae is loosely based on characters in the 2000 Bill Paxton horror movie Frailty, a film about two young brothers forced to become “Demon Slayers” and participate in the brutal killings of evil creatures from hell living here on earth who look like normal people. Most of the killing in the film is done by their Father with a big axe named “Otis.”