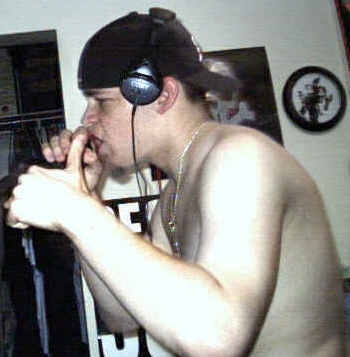 Born Tim Garven, 2K aka Krazee Kraka was a horrorcore emcee from central Ohio. He began rapping in 1995, then known as Da M.C. (Mental Case), and released a three track demo album entitled “Don’t Be a Stupid Ass.”

Garven then went on to use the monikers Twiztid Psycho and Krazee Cyko, before landing on 2K. Under this new, final name, he released an EP entitled “A Taste of Things 2Kum,” which turned into a full-blown album after a strong response from fans of the scene.