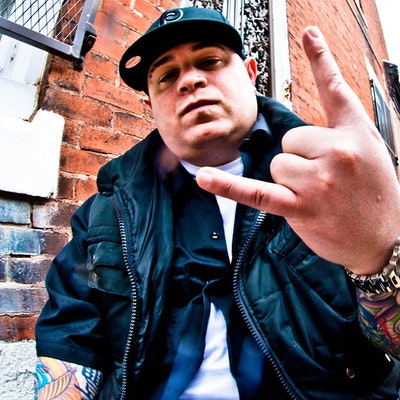 Vinnie Paz (formerly known as Ikon the Verbal Hologram), is a Sicilian American rapper and the lyricist behind the Philadelphia underground hip hop group Jedi Mind Tricks. He is also the frontman of the hip hop collective Army of the Pharaohs.

Paz released his first solo album, Season of the Assassin, in 2010, 18 years after he originally started rapping. He would go on to release countless more group projects, as well as five more solo releases. The latest of which is the 2021 release, Burn Everything That Bears Your Name.