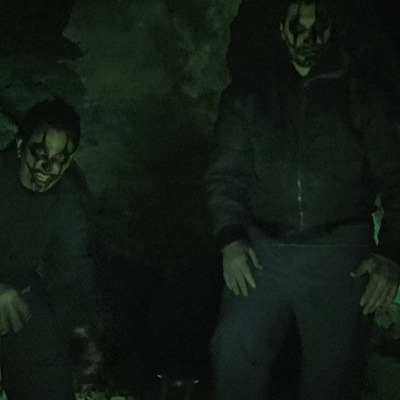 Starting out in 2005, Dedzik (Kenneth Brown) & Grimzik (Robert Paes) began as the Twin Devil Boyz, spitting their fire lyrics like hot lava spewing from the Earth out of the depths of Hell. …Basically the Twin Devil Boyz attack on Hell with a positive message for those who choose to avoid Hell when they die & is also for those who need to get their soul righteous.

In 2006, Dedzik whipped out two mp3 players, three CD’s, & the keyboard & recorded the first Untitled track (later named Dedzik). Later, he recorded “What Ya Gunna Do?” and “Hellbent.”

Early in 2012, Dedzik & Grimzik got together again as The Twin Devil Boyz & released their first CD, “In the Dead of Night,” which included 8 tracks.