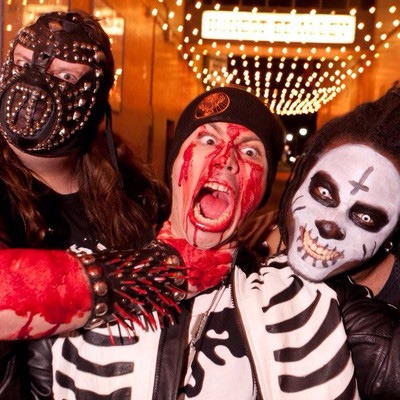 So Sick Social Club is a rap/rock group that is unique in both image and sound. They fuse the rap-rock sound of Linkin Park, the lyricism of Marilyn Manson meets Tech N9ne, and the stage-show imagery of Rob Zombie and KISS.

So Sick Social Club have performed on multiple shows including the infamous “The Gathering of the Juggalos”, where SSSC shared the stage with acts such as Ice Cube, Tech N9ne, Xzibit, Busta Rhymes, Lil Jon and more. Their set caught the attention of Billboard.com, which gave them a positive review calling it “one of the most endearing” of the night. Their outlandish image and unique blend of hip-hop and catchy rock sing-along’s is what makes them stand out from the rest.