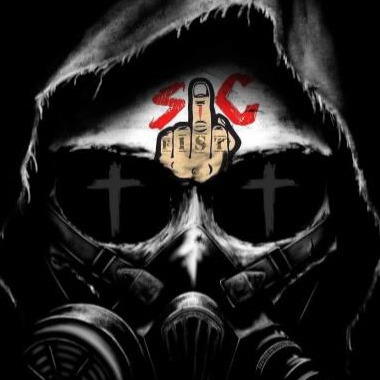 Group member Jester the Undead started making music in 2008, debuting with the single “Party Like a Juggalo.”

Shortly after, the labels Phoenix Records and Shadows of the Undead were created.

After much hard work and some setbacks, SIC Fist was founded and set out to change the way music is portrayed. With a mix of rap, rock, metal, and dubstep, SIC Fist has made a mark on the underground with sounds ranging from Iron Maiden to Tech N9ne and they have no desire to stop bringing hardcore thrash rap to the masses!

Group Member TwoFace loved music all his life and had rhythm. But only when he got into trouble and locked up did he find he had a talent for song writing and could even rap a little.

Now in his 30’s, he’s still mastering the art of rap and word play. He helped bring MayDay from Strange Music to Cape Coral, Florida and opened up for big names such as Jelly Roll and Struggle Jennings. A Louisiana boy that found his way to Florida and since then he’s continued to make music with fellow local artists. He’s been into horrorcore since it really hit the scene, but still strays to the mainstream at times…well a lot. His flow says it all!

Sam Grim wasn’t always into the rap music genre. He started out playing brass in a church band on Sundays. That’s when his love of music started to blossom.

Once a friend of his introduced him to metal? It was all over. Sam Grim quickly discovered his love for percussion and after many years of practice, joined the death metal band Dawn of Absence. Seven years of musical destruction later, Sam transitioned to vocals, taking the mic of DoA and never looking back. Unfortunately, DoA was not meant to be, but the music never faded from Sam’s heart. His long time friend Jester the Undead, reached out to him for help on one of his projects, and what started out being just a chorus peaked Mr. Grims curiosity. The decision was made to attempt writing a verse and from that night on Sam Grim officially was born. After being integrated into Shadows of the Undead, a new era of hip hop and metal was introduced to Sam Grim, opening his eyes and widening his horizons to a different approach, and a new way to express the darkness that lingers within. That was 2011…and to this day, Sam Grim still pursues the music with SIC Fist, hoping that one day the world will hear him.