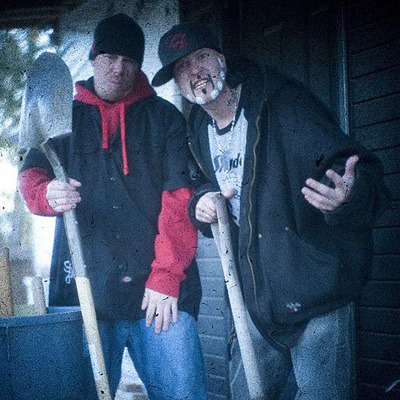 Shadow Castaz was a horrorcore and shock rock group consisting of emcees Mikey B (aka K-1) and Scarface Scrappy J Ryan. Describing their sound as “grunge rap,” the duo created music in “The Boiler Room” studio in their hometown of Sheboygan, WI with lyrics usually consisting of violent and disturbing imagery.