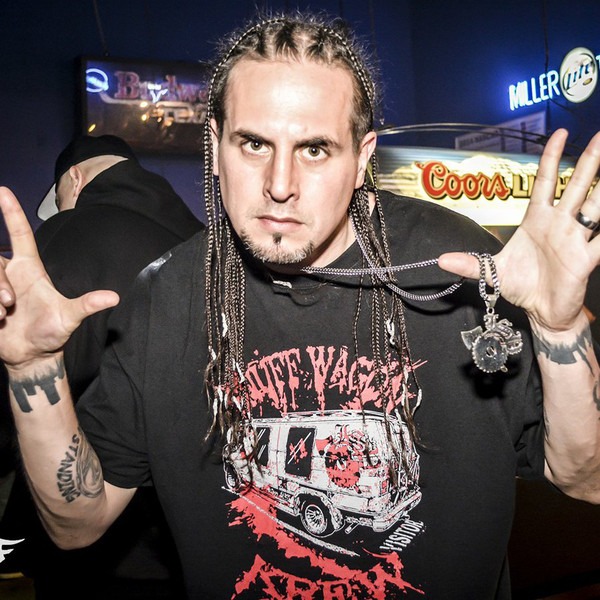 Scum’s career began in 1996 when he moved from Moscow, Russia to Denver, Colorado and became involved in an experimental grind/noise project called Down Syndrome. They released 3 tapes from 1996-1998 before disbanding, following their third and final release. From there, he joined forces with his brother Sevill and became involved in a variety of underground rap projects including DL; Underground Cult; and LnG, a duo featuring Scum; all of which shared violent themes and highly offensive, suggestive lyrics. Most of his early projects only released demos and mixtapes; however, LnG released a full length album on CD in 2002. Sevill persuaded Scum to go solo; and since then, he has released eight solo albums to date.

Scum has sold thousands of albums worldwide while representing a genre of music considered “dead” by most.He has traveled across the country, performing with numerous national rap and metal acts. He has also appeared at numerous festivals such as the Gathering of the Juggalos, Bury the Living, Strictly for the Wicked, Hell On Earth, WestCoast Wickedfest, Minnesotta Mayhem, Soundsick Fest, and more. Scum founded and headlines GoreFest and Black Xmas, Colorado’s biggest annual horrorcore festivals.