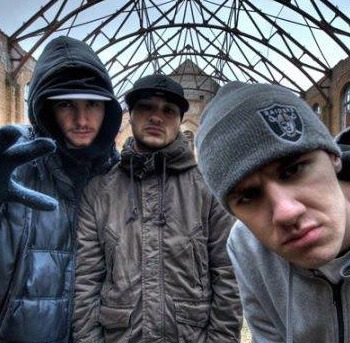 Rhyme Asylum was an English, London-based hip hop group formed in 2002 by MCs Possessed, Psiklone, and Skirmish. Leatherface and Plazma (who did not return for the second album) joined in 2004.

The group are known for their vivid imagery, complex wordplay, and intricate rhyme schemes. Despite remaining unsigned, they have amassed a growing cult following.

Their recognition originates from the Deal Real open mic sessions between 2004 and 2005. Their debut album State of Lunacy was released in June 2008 and featured US rappers Copywrite and Diabolic. Both Plazma and Leatherface left the group shortly after the release of State of Lunacy.

Rhyme Asylum performed across the UK and Europe.