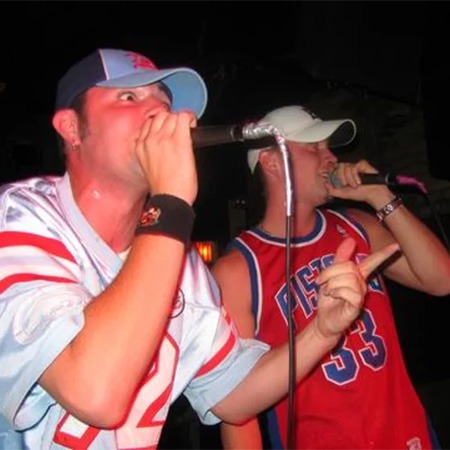 Playaz Lounge Crew (PLC), formed in White Bear Lake Minnesota in early 2001, quickly ascended the ranks of the Twin Cities Hip-Hop music scene and the Midwest as a whole. A blend of several hip-hop styles and an unparalleled stage presence gave the group a sound and show uniquely their own. Group members Dirty D and Mereness had created a sound all their own and vowed to take their Hype Hop Revolution to new levels.

The group’s first full-length album PL3: The Mixtape did extremely well upon its release in early 2004. From their Twin Cities debut at the Dinkeytowner Cafe, to constant street pounding at such clubs as the Red Sea, the Quest, the Annex, and numerous others, PL3: The Mixtape put PLC on the map. The buzz generated by PLCs live shows, a growing fan following, and the success of PL3: The Mixtape brought them to the attention a Twin Cities based record label known as Loonatix Productions. It wasn’t long before a friendship was established and PLC signed with Loonatix Productions on New Years Eve 2004.

Upon signing with Loonatix Productions, PLC immediately began work on their next album Double Penetration?. In some ways DP? was a departure from the style of PL3: The Mixtape. Their new sound labeled Hype-Hop, was a more in your face aggressive style, born out of their live performances. Experimental in production and concept, DP? was a hard edged, fast paced, musical journey through the minds of Mereness and Dirty D.

During the recording of Double Penetration? PLC submitted their music for a contest run by Detroit based Psychopathic Records. The Underground Psychos contest offered a chance to sign with Psychopathic Records. PLC survived three rounds of internet voting, including a live show at the historic St. Andrews Hall in Detroit. The final round of voting was to be done at the 6th annual Gathering of the Juggalos in Garretsville, Ohio. While PLC did not win the contest, they gained many loyal fans around the country and world.