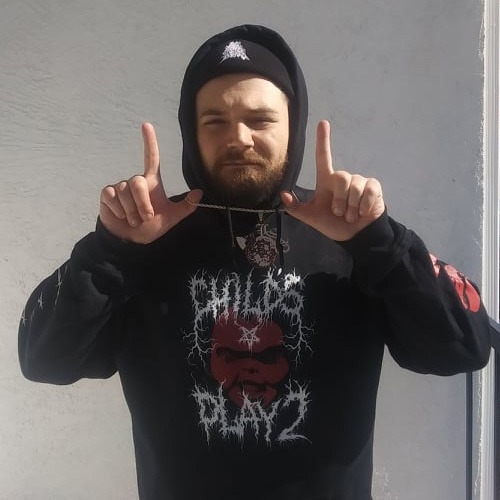 Philosophy (Phillip Adam Rhode) was born in Denver, Colorado in October 28th 1995. He grew up in the Thornton, Colorado area all his life. He graduated from High school in 2014. His mother died when he was 11 and his dad died when he was 24. He was well known in the Denver, Colorado Hardcore scene for a long period in time and doing vocals and playing bass in various Hardcore/Metal subjected bands. He started rapping slowly in 2019. He dropped a demo freestyle of Flatbush Zombies Palm trees in December and he dropped his Single with Fifty Vinc Broken Ground in January. His Lyrical subject is about Mental illness, depression, loss, trauma, Horror, serial killer and macabre subject matter. He also created his own horrorcore boombap-esque sub-genre called Trauma hop.

Philosophy is now settling in Albuquerque, NM and is heavily active in the Hardcore and Hip hop scene there and he also has a Breakcore/Noise electronic music project called DJ STREP.