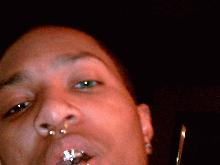 MaGGot WRist aka Grossiss started out by making freestyle tapes over gangsta beats in 1996. He then went on to battling over message boards and chatrooms, which ended up earning him the title of hardcore champion on thesource.com battle boards where he retired undefeated. At this time, MaGGot WRist was going by the name Lord Wretched.

The capital letters in MaGGot WRist actually stood for something — Maniac Gutting Girls While Regurgitating.

The first true MaGGot WRist track surfaced in 2001 and was called “The Sickening.” It featured Kunsume of the iLL-Mortalz. He then went on to release a sampler EP called “Feast On This.” Shortly after, he hooked up with Mista Creepy and did “A.R.V.’s,” which became an instant classic. MaGGot WRist went on to drop a single by the name of “Cremains,” followed by the release of his debut EP entitled “Pukeinyafce.”