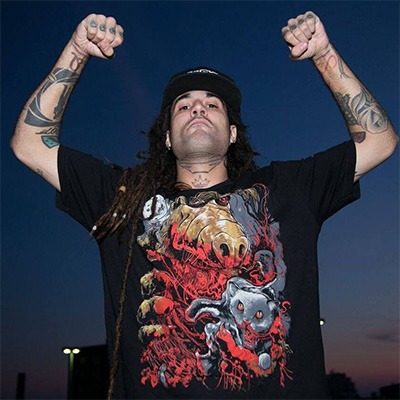 Madecipha is known for his intelligent, gritty lyrics. He often includes references to the paranormal in his songs, going as far as to collect EVPs from noted paranormal activity sites to sample in his music. He took classes with John Zaffis from the tv show “Haunted Collector” and released a book on all of his paranormal photos and adventures. He performs and collaborates primarily within the New Haven, Connecticut area, where he has established a record label, Spider Bite Records; to organize associated artists under one label.