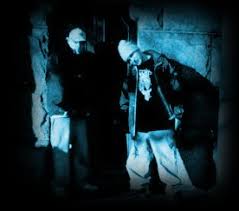 L.U. Cipha originated in 1997 but members Hex and Sianide had been creating music since 1991. Their first releases under L.U. Cipha were in 1997, “Esodavollikiryl” and “In The Life…”, both unofficial basement recordings. More basement tapes were recorded in 1998, including numerous freestyle tapes featuring L.U. and their friends, getting smoked out and drunk!

As the summer winded down and fall approached, L.U. Cipha began work on their first official release, a 6 song EP entitled “Witchez Brew.” Witchez Brew was finished and released on October 30, 1998 on cassette only. This was also the first release put out on their own label, 1134 Productions. L.U. Cipha performed their first show soon after, February 5, 1999 in Pittsburgh.