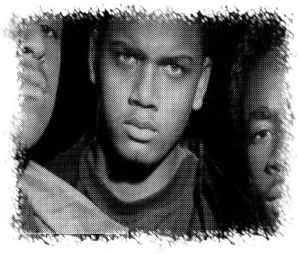 KMC, or “Kaotic Minds Curruptin,” were from Santa Ana, CA.  The trio, consisting of emcees Tee The O.G. and Rocc The Jock, alongside their DJ, Poison Ivey, only released one album, which debuted in 1991 on Priority Records. The last track of “Three Men With the Power of Ten” entitled “No Title for This” features the only guest on the entire record, Drew Rock, who would later go on to become Psycho/Cyco/Insane Poetry.

Even though their career was a brief one, KMC are considered one of the pioneering groups of darker-themed hip hop, being preceded only by groups like The Ghetto Boys.